Moss Stone is a block from vanilla Minecraft. It is a different textured version of Cobblestone. Originally it could only be found in Dungeons, but several mods provide ways of crafting it. These include the Fluid Transposer from Thermal Expansion, the Moistener from Forestry and the Minium Stone from Equivalent Exchange 3.

Some mods (like GregTech) add cobblestone and stoneCobble OreDicts to it, allowing Moss Stone to be used instead of Cobblestone in recipes. Since Minecraft 1.13, Minecraft Forge adds the tag forge:cobblestone to it by itself. 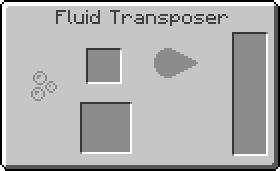 Moss Stone can be used to create the following items:
Categories:

This page was last modified on 3 May 2020, at 22:06.
Content is available under Creative Commons BY-NC-SA 3.0 unless otherwise noted.