The Empty Map is an Item added by Minecraft.

It is used to view explored terrain. 'Right-clicking' the Empty Map in hand will draw the area approximately surrounding the Player's location. The Empty Map will then be renamed Map #1 adding 1 to each consecutive Maps drawn. Each map is 128 × 128 total pixels. Depending on the scale of the map, a single pixel can represent many scales of areas, starting with an initial ratio of 1 pixel:1 block. Increasing the scale of the map can be achieved by crafting an expanded Map or placing it with Paper in a Cartography Table.

SInce MC 1.13, right-clicking a Map on a Banner that has been placed on the world, a small marker point will appear on the map. It will have the color of the Banner and will display its name, when the Banner has been renamed in an Anvil.

A map can be locked by placing a Map with a Glass Pane in a Catography Table. It won't refresh anymore when the terrain gets updated or the player discovers new areas in the maps radius. However, Banners can still be used to place markers on the Map.

An Empty Map is sometimes found in Dungeon Chests (0.6% chance).

Placing a Map and a single piece of Paper in a Catography Table will do the same at a lower cost.

Placing a Map and an Empty Map in a Catography Table will clone it, too. 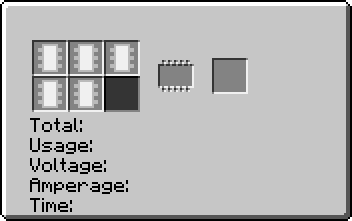 Empty Map (Minecraft) can be used to create the following items:
Categories:

This page was last modified on 27 August 2019, at 12:21.
Content is available under Creative Commons BY-NC-SA 3.0 unless otherwise noted.