The QuantumSuit Leggings are a type of electrical armor from IndustrialCraft2. They are extremely powerful, but also extremely expensive, having Iridium Plates as one of their components. Charged Leggings allow the user to sprint extremely fast (approximately 3.4 times faster) until discharged, even in the water.

Depending on a config option, the fast sprint is activated automatically while sprinting, or only while holding the Boost Key (left control by default). Per default the former behavior is enabled.

The QuantumSuit Leggings, like all other pieces of the QuantumSuit, can store 10 million EU, and can only be recharged in a HV-capable energy storage block, such as a MFSU. 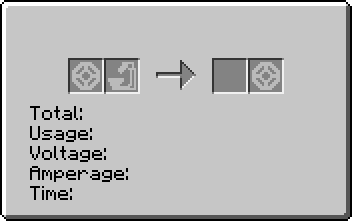 QuantumSuit Leggings can be used to create the following items:
Categories:
Hidden category:

2 Apr - What the new FTB App was meant to look like https://t.co/Tn51WCvG5A
2 Apr - After a small delay of a few months https://t.co/eeEtrEGlXr
21 Mar - RT @Slowpoke101: Working on some pack dev today in preperation for the launch of the new FTB launcher and updating of packs. Going live now…
17 Mar - RT @Vazkii: COVID-19's spread has hit our household income by a lot. We're not sure if we can stay afloat for the next year if things stay…
7 Mar - RT @FTB_Team: It has been a long time coming, but with huge thanks to our friends at @CreeperHost we now have a functioning Launcher v2. Mo…

This page was last modified on 8 February 2020, at 03:24.
Content is available under Creative Commons BY-NC-SA 3.0 unless otherwise noted.