The Pulsating Chipset is added by BuildCraft. It is used for crafting the Autarchic Gate, which can make the same pulses as a Redstone Engine when placed on a Wooden Transport Pipe.

It does not warm up in the same way as a Redstone Engine, and thus is not quite as fast.

It is also used as a tier 2 "Chip" in some GregTech 4 recipes, even though one of its products, the Autarchic Gate, is considered tier 1. 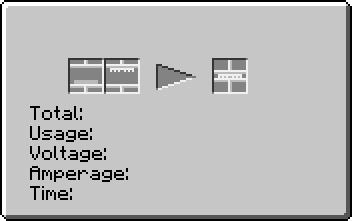 Pulsating Chipset can be used to create the following items:
Category:

This page was last modified on 4 November 2022, at 14:58.
Content is available under Creative Commons BY-NC-SA 3.0 unless otherwise noted.