Certus Quartz Block can be substituted with the following items: 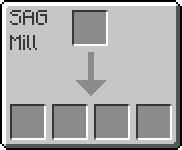 Certus Quartz (Applied Energistics) can be used to create the following items:

19 May - Creator announcement! Guys please welcome @StompTheBean to the FTB Partner Programme! Check out his videos over… https://t.co/l1ZqhEascj
17 May - Do you ever think your Minecraft character has an arty side, ready to splash the walls with some colour? Express t… https://t.co/5adb3dfBoN
15 May - Natural Decoration is a simplistic vanilla themed overhaul of nature itself. From flowers on cacti to mushrooms and… https://t.co/xYrJIZynz8
14 May - We have an exciting announcement for you guys.. We're partnered with @MBSTRS 🎉 We're very excited to work with t… https://t.co/qpYZbaZMSj
13 May - RT @Direwolf20: Official Announcement: The @FTB_Team has released the Direwolf20 pack for version 1.18.2 The first episode of my let’s p…

This page was last modified on 22 April 2020, at 08:10.
Content is available under Creative Commons BY-NC-SA 3.0 unless otherwise noted.