The Flash Boiler Component is the block used to make the "Flash Boiler" multiblock structure of Professor Flaxbeard's Wondrous Steam Power Mod. Like it smaller counterpart, the Boilers, is used to produce Steam, which is used to power various machines from this mod. It produces 10 Steam Unit of steam for every tick it is active, using 100mB of Water. It consume fuel and water 10 time faster and thus produce Steam Unit 10 time faster, but a single piece of coal produce the same amount of Steam Unit.

As every other boiler, this one needs water and fuel to operate. Water can be inserted manually or automatically using the sides of the Boiler block. Steam is pumped out using Pipes attached to the top of the boiler.

As with pipes from this mod, the Flaxbeard's Steam Power Boiler isn't outputting mB's of Steam. Instead, it compares its own pressure to the pressure of the Steam in the pipe attached to the Boiler and tries to equalize it. The pressure inside the Boiler can be viewed by attaching a Steam Gauge to the Boiler's side.

The "Flash Boiler" is made by building a 2*2*2 cube of "Flash Boiler Component" blocks. When build successfully, the texture of the blocks will change. It will be facing the same direction as the direction of the last placed block. 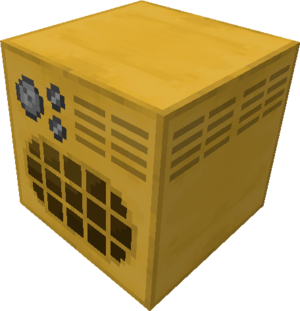 This page was last modified on 24 April 2019, at 18:50.
Content is available under Creative Commons BY-NC-SA 3.0 unless otherwise noted.