This is a tutorial for Crash Landing. The quest book is the best guide on how to survive and gives items to help. So, start with that immediately. This tutorial gives further strategy.

Break out the drying racks holding the gun and wrench. The first quest is to pull out both Fluid Transposers with the wrench but it is best to put one back where it was after submitting the quest and place a Flux Capacitor to power it and then place the Quest Delivery System block next to it. Be sure to set the output correctly before putting in saplings so that they satisfy the quest. Otherwise, the first day should be for getting as much wood and tree saplings as possible while also getting a trench around the ship door and collecting dust. It is also useful to carefully block the blazing pyrotheum fuel. Otherwise, creepers will blow up when they touch it and can injure you inside the ship. The first bit of wood should be made into Crooks to get saplings with. The questbook will say to make a Bone Crook but that comes tomorrow. For now the wooden crook will have to do. Note that a wooden shovel or axe is not useful.

When the first night comes block the doorway and work inside the ship. If you have done well with saplings you can put 10 in the Fluid Transposer and also make a Wood Barrel and put 8 saplings in there. Also the wood is needed to set up the Tinkers' Construct basic recipes. Don't make all the wood into planks because there is wooden armor to make as well. With the tool making set up, the patterns to make a shovel, axe and knife are required for a quest. It is also useful to make a bone pickaxe and dig below the ship to get more dust while staying safe at night. It is possible to use the road lights to light up an area under the ship to grow trees even at night. Follow the other quests for water bottles. Sift all the dust that was collected digging out the base. One goal of the sifting is to get Stones to make cobblestone to make a Stone Hammer.

Set up the Shell Constructor. It's your spare life. Place the constructor next to an Energy Cell, set the cell to output to the constructor and then right click on the shell. It should start making a copy of you. Don't die until it is done. If you die you have to right click it to start again. When it is safe, go find your grave marker that has your stuff. 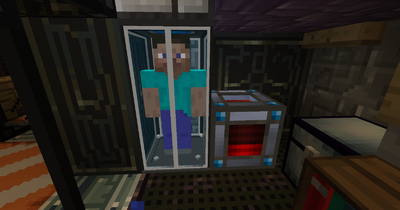 The axe, shovel and Mattock can be made from bone toolheads. A wooden hoe will plant one seed and break so a Mattock is better. There are often spiders on the ship so watch out leaving the ship. A weapon is needed.

The second day more water is needed. About 3 bottles are required per day. But first scout around for bones and zombie flesh. Iron is needed to work through the cooking utensils quest but using 2 on shears helps because leaves can make water just as well as saplings either in the barrel or the fluid transposer. A quick and dangerous cobble generator can be made by digging a channel under the ship between the spilled Blazing Pyrotheum and the water leaking next to the ship. 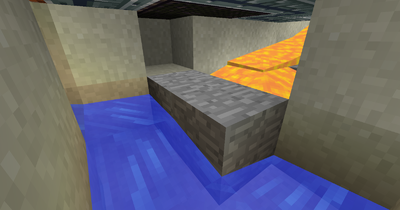 The stone that forms can be hammered away giving stones. This is dangerous because the Pyrotheum is making fires and the player can be easily burnt by the fires or lava from hammering out rock holding back lava before one holding back water. Also get the clay from around the water source.

The second night can be spent making the stone into an slab furnace and cooking utensils. If the armor is made the rest of the wood could be made into charcoal to make ingots. Oreblocks are made from 4 dusts. Continue working through the quests.

It may be worth using a bunch of bonemeal on the rice to get through the hunger games quest. The rice takes a while to grow even with a Watering Can. To get food under control it is good to sift dirt for more seeds. Grass seeds can be put on dirt. Using the watering can on the dirt makes the grass spread. Clicking this with the mattok can produce seeds or putting bonemeal on the grass can produce fruit trees or other plants. With enough iron a Presser can be made which will turn soybeans into tofu which can be used to replace meat and fish in recipes and Soy Milk which can be used to make cheese and yogurt.

To do this, first dig the base. 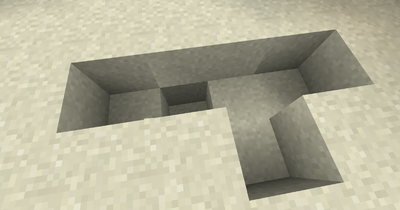 Add the water behind the hole. 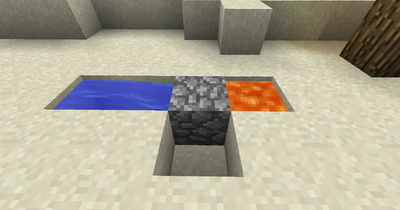 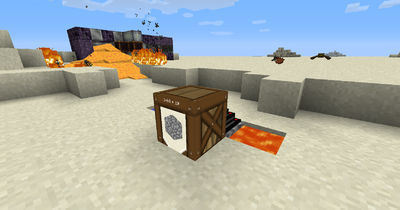 With enough cobblestone a Survivalist Generator can be made to recharge the Shell Constructor. 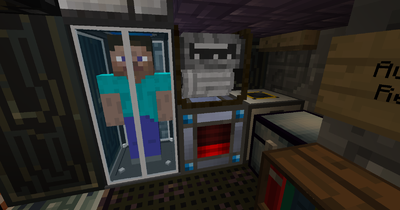 The second Fluid Transposer can be powered from this too.

Using the Sieve can get tiring even when activated by the Autonomous Activator. A more automatic method is by setting up a water channel to push output from the sieve to a hopper connected to a chest. 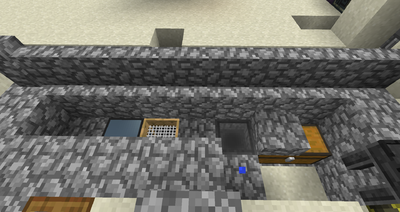 The channel should have the Sieve and Autonomous Activator upstream of the chest. These need to be a block below the channel. There should also be a way to get to the chest and activator from the side. If you right click on the water, you get poisoned. A hopper is connected to the side of the chest. 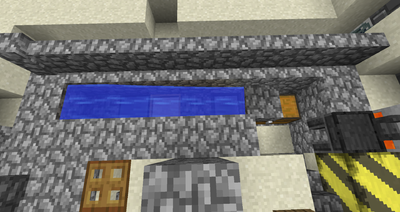 The water flow must end at the hopper to get things to go into the hopper.

Good luck getting out of the city!

This page was last modified on 12 August 2018, at 22:24.
Content is available under Creative Commons BY-NC-SA 3.0 unless otherwise noted.