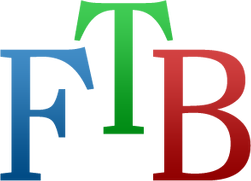 Feed The Beast (often shortened as FTB) refers to a collection of modpacks and maps for Minecraft, as well as the team that puts them together and the launcher used to download them. As described on the FTB website:

"Feed the Beast is a group of people that makes modpacks, maps and media. Feed the Beast originally started out as a skyblock challenge map using mods, soon the maps became popular and a more streamlined way of installing them was required, the Feed The Beast Launcher was born to allow for simple and quick installation of these mods, modpacks and maps. Today the launcher allows installation of various modpacks, texture packs and maps from many different providers so there is something to fit everyones needs!"

2 Dec - Attention builders! What's the biggest thing you've built in Minecraft, modded or not. I'd love to see some base p… https://t.co/IJIELGos7t
2 Dec - Good afternoon twitter! Getting dark quickly over here now, already feeling tired at 4pm! How's everyone liking FT… https://t.co/oIQKx2QmRZ
1 Dec - As part of our 10th Anniversary celebration, the FTB Team is proud to announce the release of FTB Ultimate: Anniver… https://t.co/mSvV7BPTu5
30 Nov - 1.18 Is out! Along with Fabric for 1.18 too, hope you all have fun. :)
30 Nov - Goooooooood afternoon! One day before FTB Ultimate's release, along with 1.18! It's like it's Christmas already. :o

This page was last modified on 21 May 2015, at 00:26.
Content is available under Creative Commons BY-NC-SA 3.0 unless otherwise noted.